This is the third part of a four-blogs series looking at how resistance to change appears in business. If you missed the previous posts, then check out Power-based and Value-based resistance.

As I have discussed in my previous blogs, when a change is ‘imposed’ on team members, you should expect resistance. Often it will show in very distinct stages and behaviours.

Denial is one of the most common reactions to changes you should expect to encounter in a workplace. Like any other reactions, it is a natural phase which one goes through, when confronted with unexpected news of a change.

How often have you heard those phrases as an initial response to news of change?

A sudden, unexpected announcement of change to the status quo is very likely to generate a shocked, denying, first response. Following that phase, the affected individual is also likely to go through bouts of frustration, poor morale, and low energy levels. Those of you who may be familiar with the ‘Kubler-Ross response to grief’ curve, would identify quite a lot of similarities here, and I intend to explore these in a later blog. For now, though, I would like to focus on the attributes associated with mind-based resistance to change. 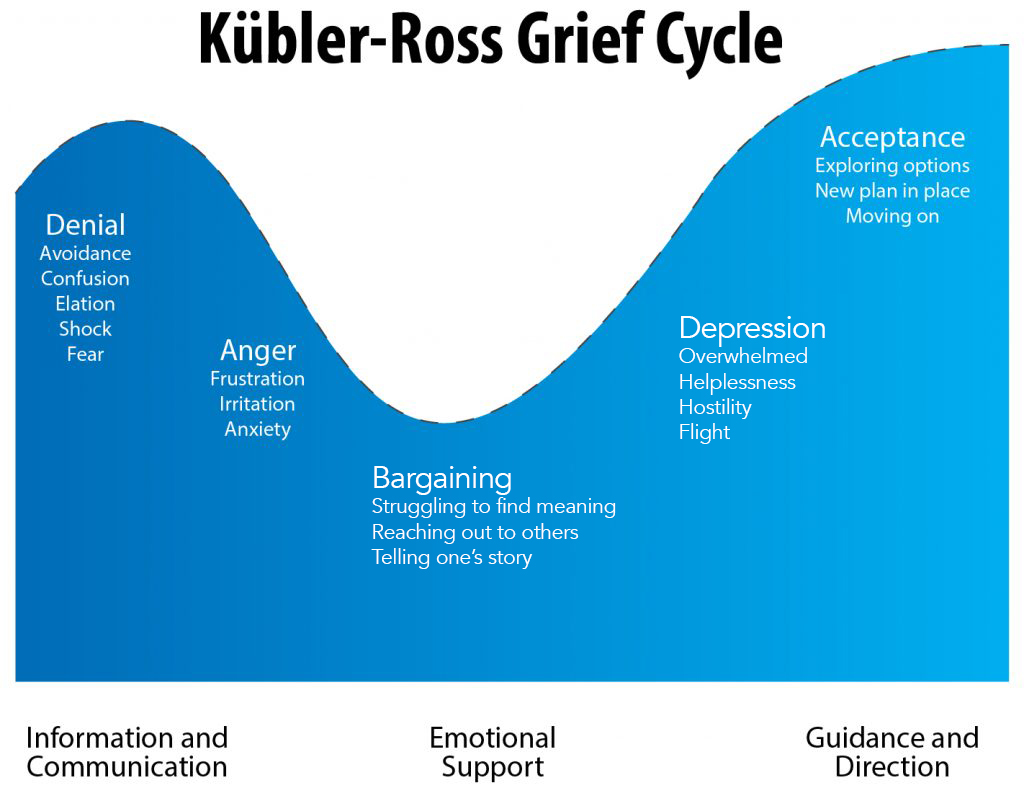 The person you will engage at this stage will likely display a very low level of tolerance to any attempts of engagement. This may be due to perceived risk to their medium to long term job security, or due to their lack of confidence in the abilities of the project team to deliver the proposed change.

Another typical response is focusing on the costs of the change (material or emotional) rather than the benefits. ‘You will need to hire many temps to do x’ or ‘people will hate it’ are examples of some negative comments I have encountered, while exciting new job opportunities were completely ignored by some.

With consequent low morale and energy levels, how would you deal with such type of resistance?

The best way to respond to such displayed behaviour is using carefully chosen vocabulary and information. In other words, don’t resort to ‘corporate jargon’, as this will make things worse. Use proper, empirical data, to back up your arguments. Be open about the impact of the change, and focus on the positive, while acknowledging concerns & issues. Do not hesitate to invest time & effort in putting together a proper communication plan. Delivering the right information to the right people on time is an investment that will pay off.

With open & effective communication to your organisation, try to bring some key staff members into the project team to help shape the project. Don’t leave the discussions & decisions behind closed doors. Think of ceremonies to celebrate success and delivery of project milestones, rewarding the new, desired practices. Even a new set of targets could provide extra motivation to those who are reluctant to embrace the change, and ‘pull them out’ of the spiral of low energy and frustration.

Many of those affected by a sudden change are likely to display denial, frustration, and negativity. It’s an inevitable by-product of disrupting the workplace equilibrium, so resisting this is a perfectly normal human response.

The challenge you have, as an agent of change, is to pull such affected individuals out of a spiralling pattern of negative thoughts and emotions. Only then can you help them back onto the path of positive attitude and acceptance of the proposed change. Carefully planned communications & engagement planning is as important as any other element of your project management tool set. Invest in it early enough, and you will reap the rewards when you face the expected resistance to change.