Food & Drink Manufacturers and Brexit – A Match Made in Hell.

While it might feel like the longest nightmare for many, Brexit is finally happening. The never-ending saga has been ongoing since 2016 and it has only been in the last few months that some sort of clarity has started to appear. And while it is good that progress has finally started, there are still many issues that have no answer. This is very impactful for all industries, but Food & Drink manufacturers are looking likely to be hit hard.

Companies are crying out for information so they can start to make informed decisions. We hear from our Food & Drink clients every day that they need to know what to prepare for to ensure their operations face the least disruption. Since this information is not coming from the Government, we took it upon ourselves to look at likely, and wild, scenarios across a range of areas.

So, join us, as we take a trip down the rabbit hole of what Brexit could mean for one of the UK’s key industries.

When it comes to filling high skilled jobs, Food & Drink manufacturers already struggle. The industry is often seen as being less interesting or innovative when compared to other manufacturing sectors. Pharmaceutical and car manufacturing is seen as more exciting areas, so they often attract the skilled engineers and managers that the Food & Drink industry also needs.

This problem could be amplified if Brexit leads to restrictions on the movement of people into the country. While not guaranteed, it is very likely that the free movement of people from the EU will be capped. This will hit both the highly skilled jobs market and the low skilled one too, resulting in double the pain as many Food & Drink manufacturers are labour intense in their production. As we have seen already many EU nationals are choosing to return to their home country and if this continues it could force companies to embrace digital transformation faster than they had planned.

Greater difficulty in finding those wanting to work in the Food & Drink industry could lead to product shortages or the scaling back of operations. Companies may choose to relocate outside of the UK for either cheaper labour or to fill demand from those countries with greater ease. We have seen this in other industries when companies feel they can no longer be profitable in the UK so it could happen to Food & Drink Manufacturers.

The clock strikes midnight on leaving day and everyone packs their bags. Businesses choose to relocate to the EU and all the workers decide to go as well. The sun is blocked out by the number of flights taking off across the UK. The few remaining residents write to Downing street to complain about the noise but receive no response, it too has relocated to mainland Europe.

Since the Brexit vote the exchange rate for multiple currencies have taken a sizeable dive. Since the UK only produces 52% of the food consumed, this has a large impact on imports as a worse exchange rate means goods and raw materials all cost more. 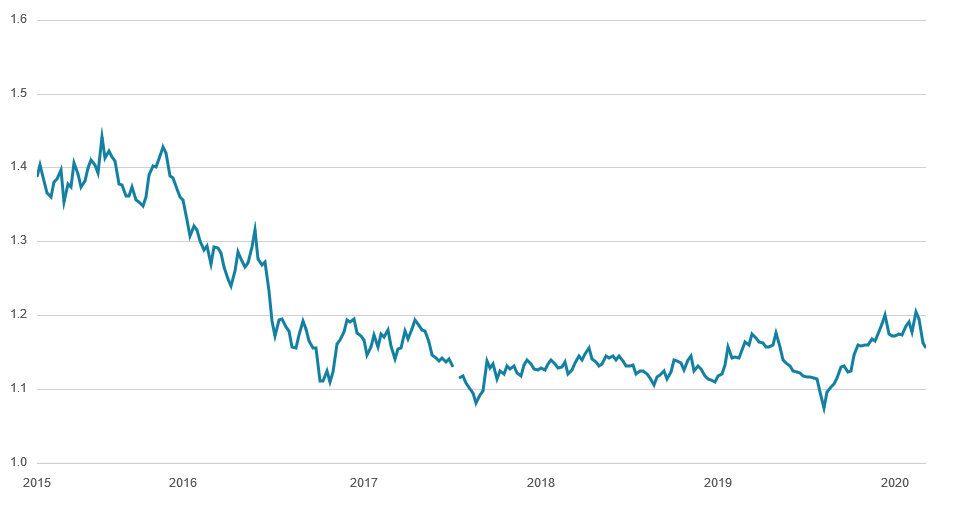 The Food & Drinks industry already operates on razor thin margins, so these costs must be passed onto consumers, which is never a popular choice. More stringent cost controls must be implemented to ensure some product lines can remain profitable or companies risk have a cash crisis on their hands.

While the Euro has been impacted the most, there is a real chance that other currencies could be hit once trade negotiations are under way. As soon as word gets out that negotiations are going poor there is usually a reduction in exchange rates and juggling multiple trade deals could see many messages. We can hope for the best with negotiations but importing Food & Drink manufacturers need to prepare for the worst.

The value of sterling implodes creating the worst hyperinflation any nation has ever seen. We are reduced to using chickens and cows as currency. Obviously, the cows are worth more as all the chicken has been washed in chlorine to try secure a trade deal.

Arguably, this is the area with the least amount of clarity on the future. The only information is that there aims to be a trade deal by the end of the transition period.

This lack of information on what a deal will look like is a worrying sight indeed. We can guess that some form of trade rules will be in place, but companies must assume that they will be the global WHO rules at this point, which for most industries is a bad scenario.

The issue here is that new rules could impact on current ways of working or even current stock. For example, many items manufactured in the UK are currently stamped with the ECC mark for sale in Europe. New rules enforced may render this stock worthless should the requirements change.

While trade rules will be discussed at length with potential trading partners outside of the EU, many will have different legal requirements than Food & Drink manufacturers currently produce to. As an example, Australia have very strict rules over imports to the country, which presents challenges to manufacturers. We may be able to export to more markets, but will it be profitable?

Any trade rules that are implemented are likely to hinder the ability of goods to flow freely, at least to and from EU countries. This disruption to supply chain can be an inconvenience at best and crippling at worst. You only need to look at the issues KFC faced in 2018 when they switched supplier to their stores. Now imagine the potential issues when this is at an international scale.

We manage to cause such a fuss during trade negotiations that we get banned for life. Like a naughty child at a birthday party, we are sent to the corner without cake and can now trade with nobody. We complain continuously but no one listens, except for North Korea who now see us as allies. Lovely, outcast allies.

One of the benefits of being in the EU was the protection this provided to specialised products. The protected food name scheme highlights regional and traditional foods whose authenticity and origin can be guaranteed. Under this system, a named food or drink registered at a European level, will be given legal protection against imitation throughout the EU. Across the UK there are 88 different products under this protection.

Now that the UK has entered its transition period, the clock is running down on this protection. While the Government has given some reassurance that they want to continue this protection, so far nothing is in stone. Many industries rely on the heritage of their name, with Scotch being a prime example of this. A lowering of these protection standards opens the door for cheap imitations which impacts on traditional producers who lose market share. Even worse, lower quality products can bring down people’s opinion of the whole industry, further impacting on producers.

With no protection for named products other countries start to steal them and make cheap knock offs. It will start slow and small at first but within a year everyone will be eating “Casablancan Pasty” and “Jacksonville Royal Potatoes”. After that they will copy whole cities, with a Manchester appearing in Vietnam around 2023.

Overall the picture is looking bleak but perhaps not as bad as our wild suggestions. There are many obstacles upcoming due to Brexit and, with little information, Food & Drink manufacturers are struggling to prepare. Until there is some form of further details this is likely to be the ongoing feeling for many and the only preparation that can take place is for Manchester in the sun!